The last of the Sharpies

Home/by Andy, handmade, News/The last of the Sharpies
Previous Next

The last of the Sharpies

3 years ago I had a great idea. OK it wasn’t that great an idea. Alright I’ll admit it. It was a terrible idea.

But it was fun.

I had just started out on my mailart365 project. For those of you who don’t know what this is, mailart 365 is a year long project to make and send 365 postal artworks in  a year.

Anyway, as I was sending so much mailart out, I decided to invest in some decent pens and after seeing others on the project using Sharpies I bought myself a pack and I was hooked. Pretty soon, Sharpies were on everything I touched and loads of 365ers were using them 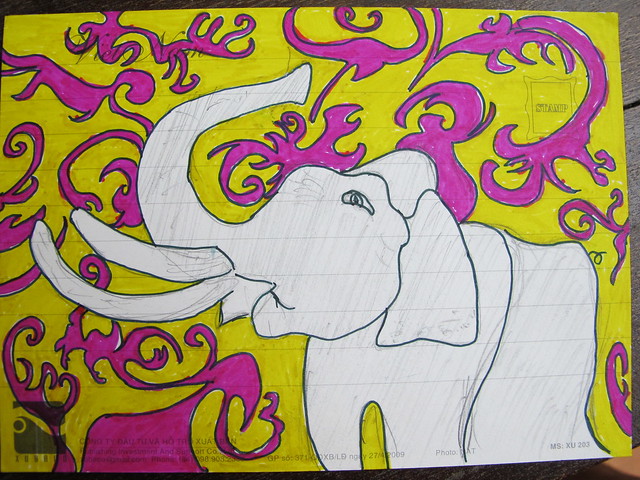 Then one day, I was in the stationary shop and noticed that they were selling for less than half-price. I was getting through them fairly rapidly and decided that I’d stock up and bought myself 5 packs. On coming home I decided that, as I wasn’t using them all immediately, I’d put 3 packs up on eBay and see if I could turn a profit on them and use the profit to, yes you guessed it, buy more Sharpies.

[Editors note – this addiction is quite common amongst postal folk]

Even with a markup on them I was still selling them less than standard price, and all the Sharpies I listed that day flew out of my eBay shop. I couldn’t believe it. Nor could Elena. A cunning plan was forming…

In our household, Elena is the boss when it comes to finances. I haven’t the first idea what money does and so every decision that involves spending money goes through her. So I put forth my cunning plan and by some miracle she decided that it was a good idea.

So off I went and bought another 200 packs.

I have a lot of ideas and I always bounce them off Elena. She has the patience of an angel and a keen eye for a good idea, but more importantly she has a good nose for bullshit. So how the hell this idea ever got off the ground I’ll never know.

When the 200 packs of Sharpies arrived she realised that there had been a major malfunction but there was no turning back. The era of the Sharpie had arrived.

As you can expect, as soon as we had 200 packs of Sharpies in the house, the sales dropped right off. Down to zero in fact. At that point, I decided that, if I had 200 packs of Sharpies and had to draw 365 pieces of mailart anyway, I would pair the 2 things up and decided to drop the price so that the cost of postage was covered and I could send mailart without losing out to postal costs. 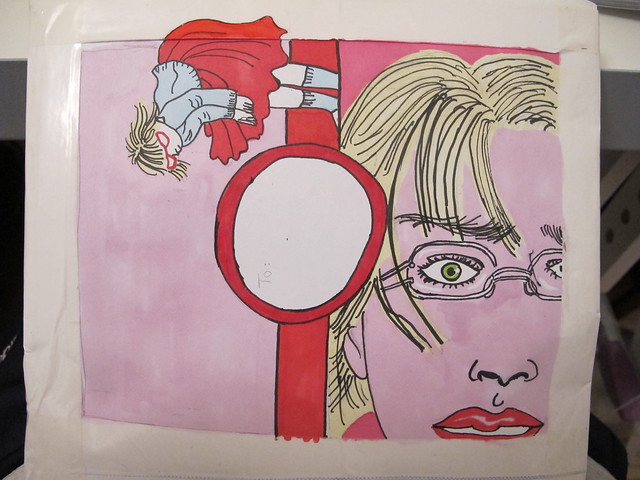 So I spent the next 2 years drawing on envelopes to strangers who bought their Sharpies at a bargain price from eBay. It was great, drawing on envelopes when people weren’t expecting it. Most the time, the buyers were indifferent, but every now and again I’d get some great buyer feedback! I mean, how often do you see sellers on eBay rockin’ feedback like this…

Excellent packing 🙂 , daughter loved it, many thanks

Item as described 🙂 very pleased, only disappointed I did not have a doodle 🙂

I have to admit, I was really getting into drawing on that size envelope and with 200 Sharpies to draw on, I got better and better. 2 years after buying up the whole shop’s stock, and with 9 months to go before we were to quit our jobs and leave the country, I finally sold out of all the Sharpies I bought. Elena vowed never to make the same mistake again.

Then one day, I was in the stationary shop and noticed…

Yup. They were on sale again. After begging and pleading I bought another 100 more, and Elena had to concede that, although this would lead to financial ruin, the pleasure I got from drawing on them was kinda worth it!

With only a week to go before we head off to Romania I still have 2 packs of Sharpies left to shift, which I will of course hand draw to whoever wants them. If Elena has her way, they will be the last ever packs of Sharpies I sell, and perhaps the last time she ever wants to see Sharpies ever in her life.

[UPDATE – WE’VE GOT BIDS ON BOTH OF THEM! YAY! FINALLY SOLD OUT WITH JUST 3 DAYS TO GO! THANKS! WE’VE LISTED SOME OTHER ODDS AND ENDS AT OUR EBAY SHOP AT http://www.ebay.co.uk/sch/myrealwall/m.html?_nkw=&_armrs=1&_from=&_ipg=&_trksid=p3686 – bid now and help us clear our house. These are only up for a day as we’re moving out on Wednesday and heading for Romania for the first leg of our trip!]
The following two tabs change content below.

Latest posts by andy (see all)

About the Author: andy